ASI Art Museum
Exhibition in the chapel and morgue of the former St. Joseph's Hospital in Hafnarfjörður
Site-Specific Video Installation
21.09 – 16.10. 2017 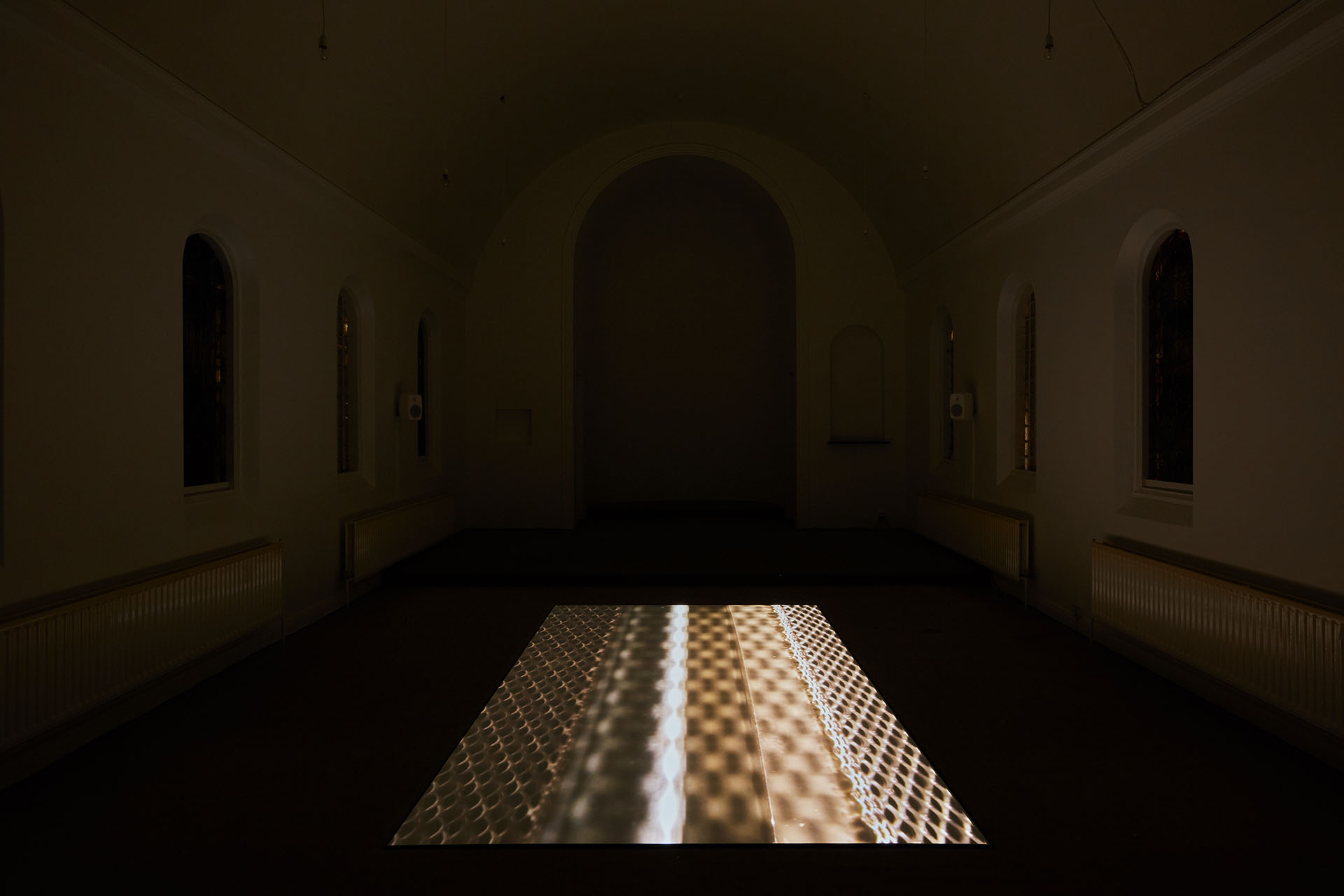 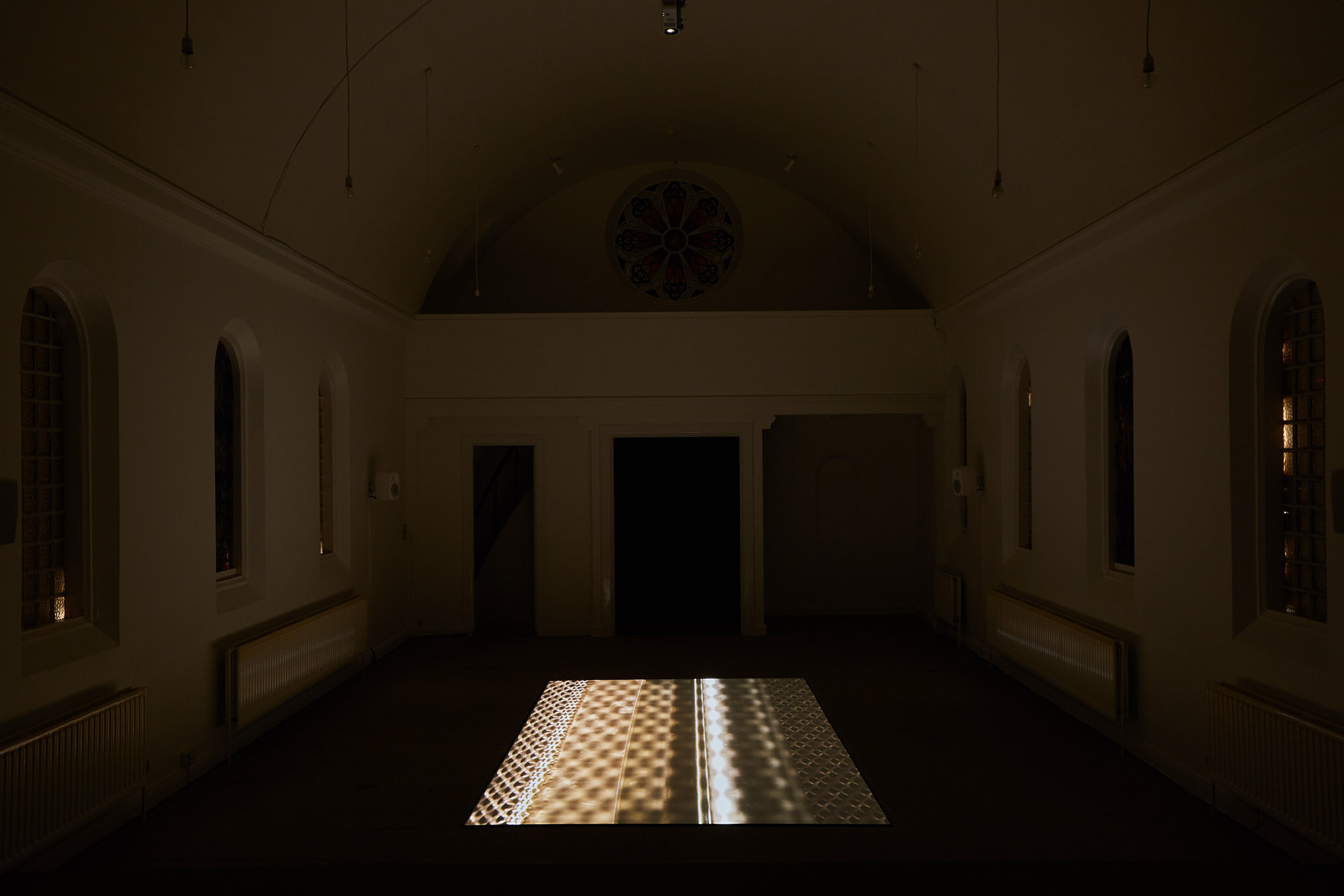 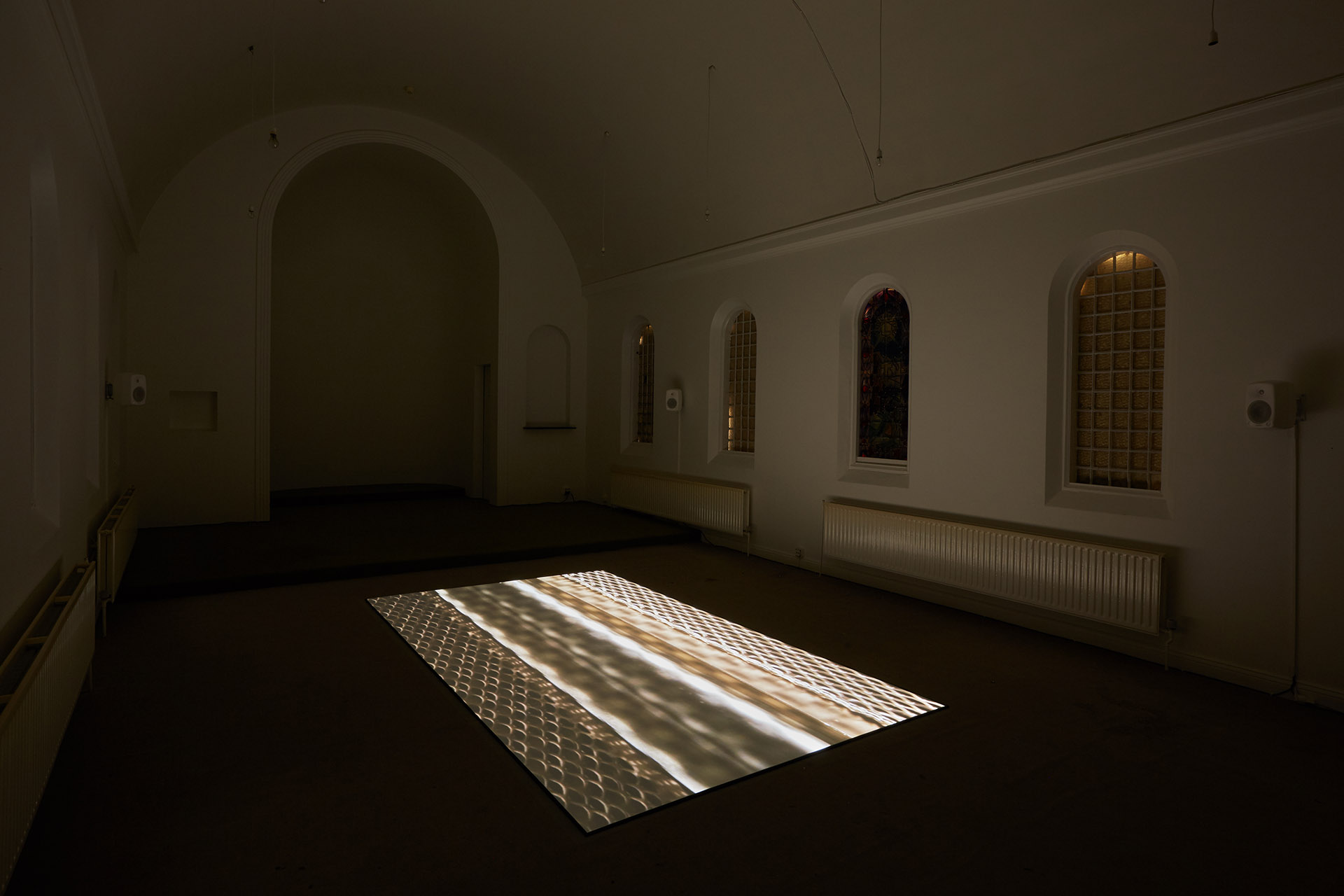 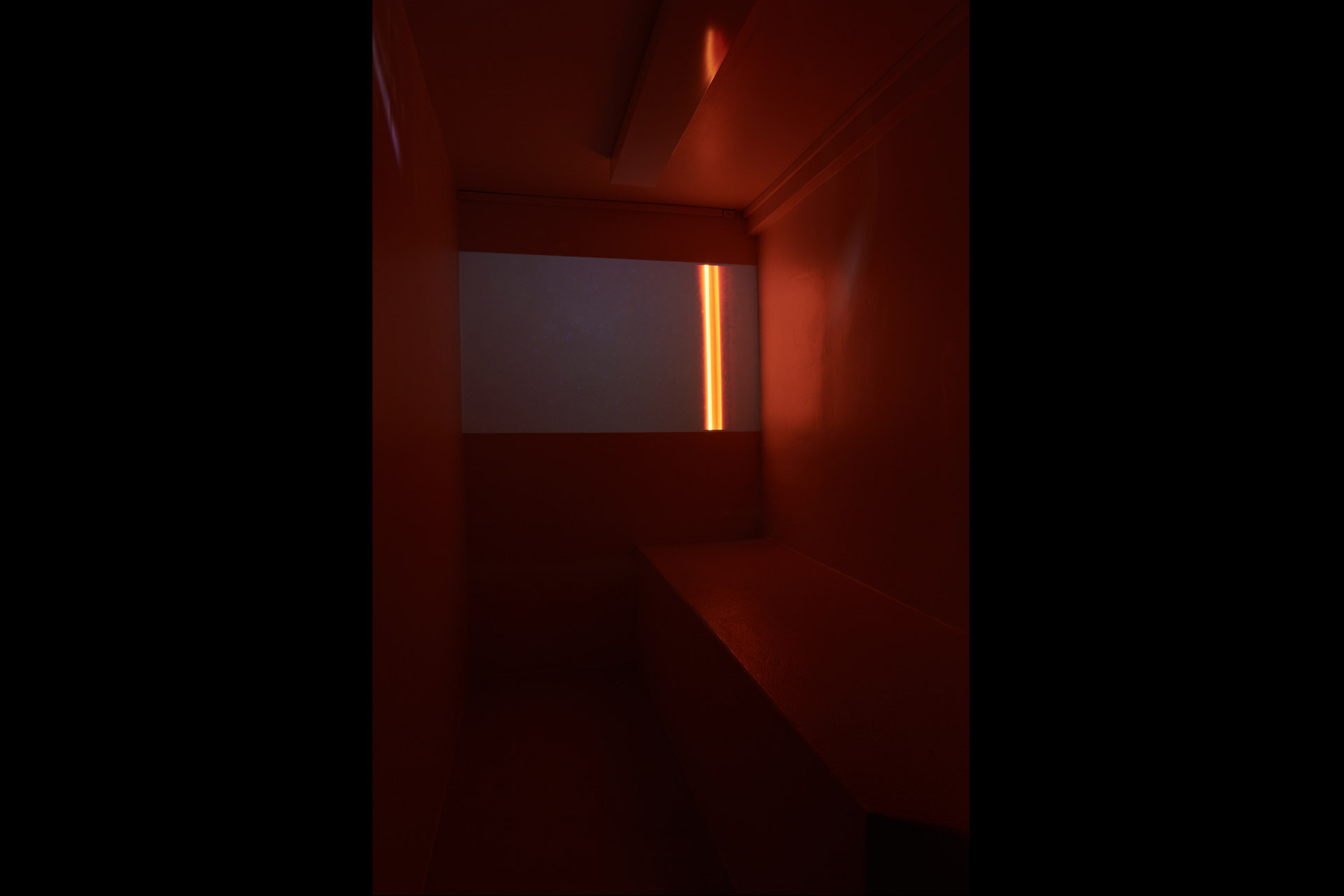 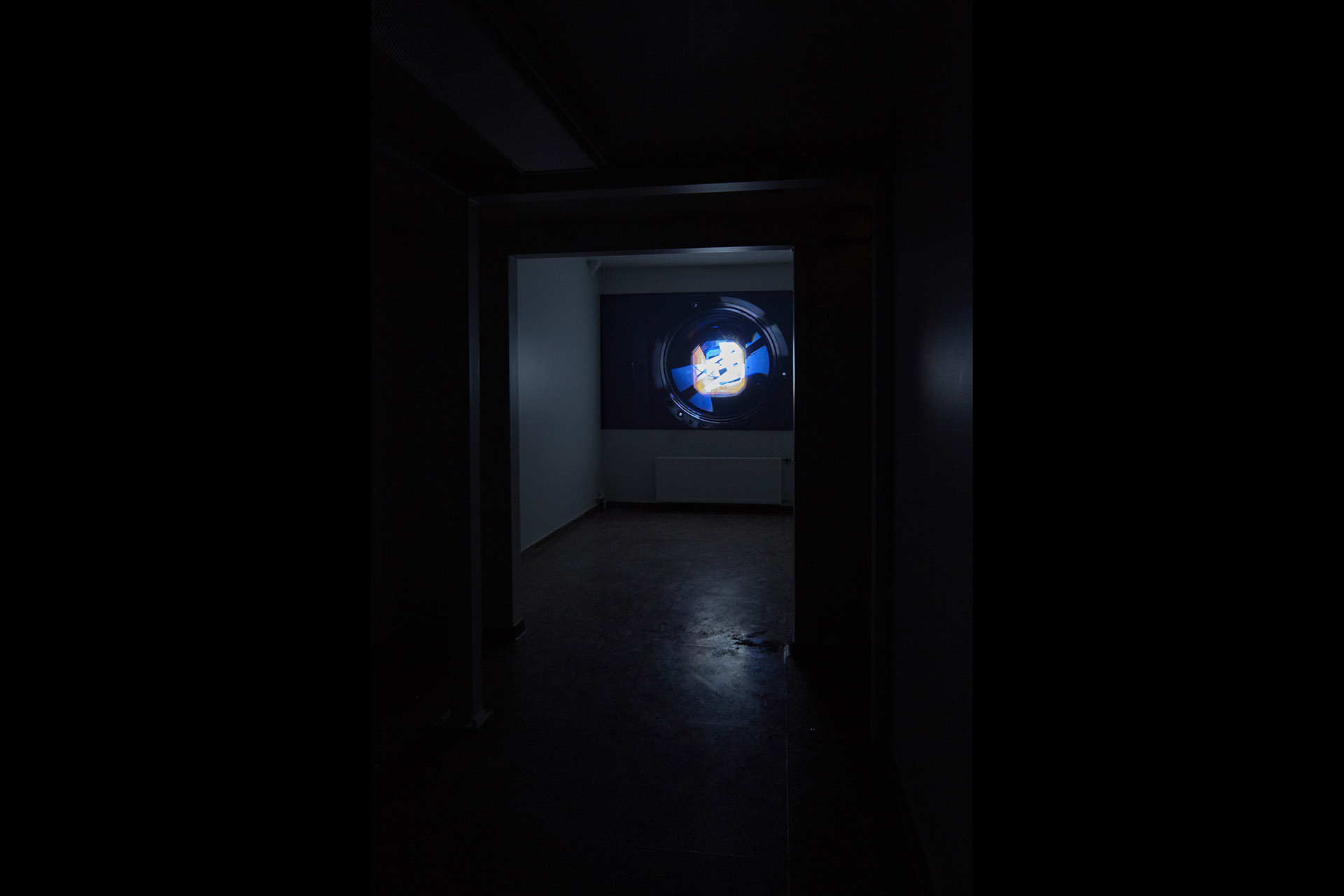 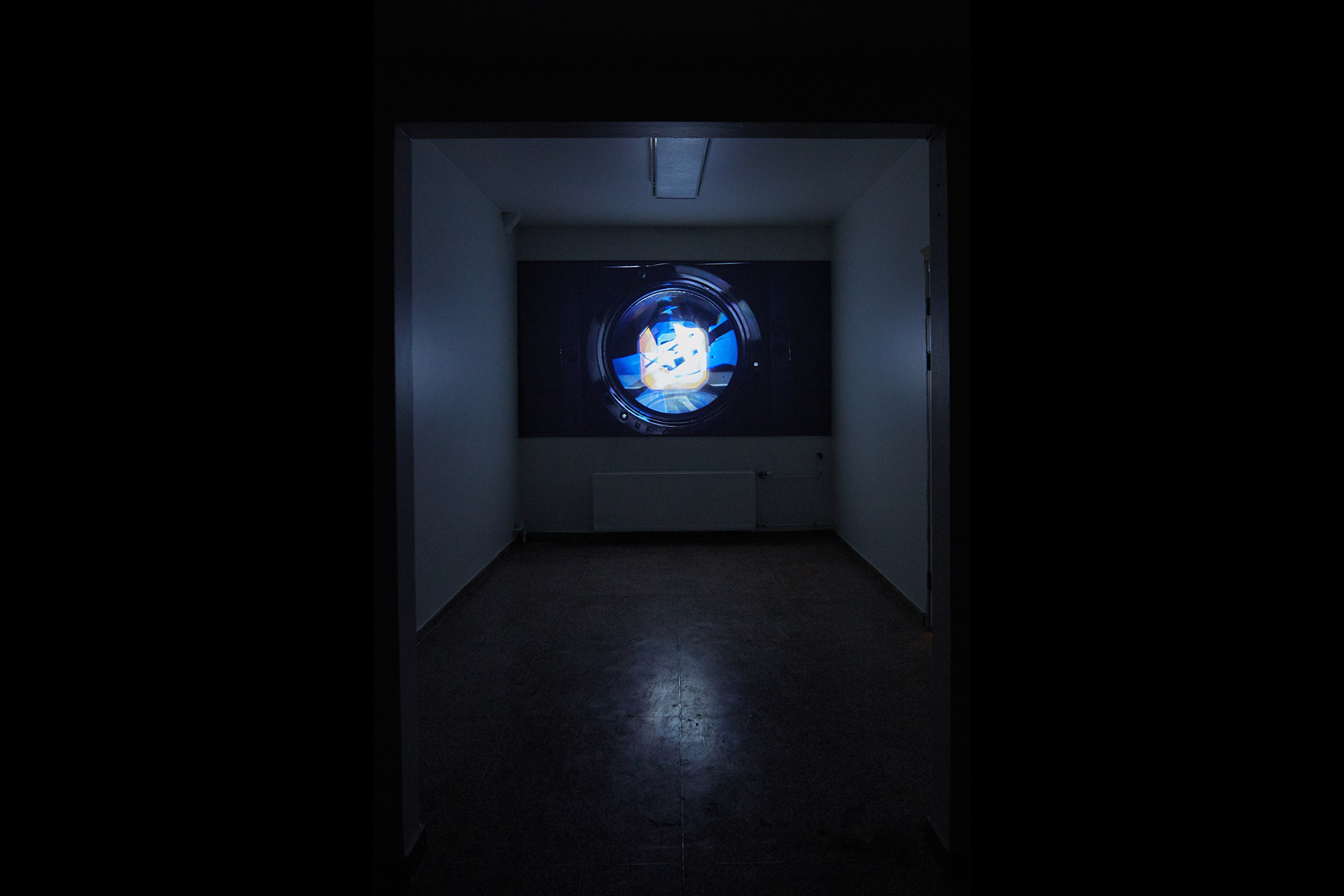 Video is not an old phenomenon, if we consider only the technology we have known in recent decades. The video recorder, in its most familiar form, first came on the market in the mid-1960s and promptly caused a revolution. The unwieldy recorders of the television studio, which afforded very limited options, yielded to a convenient machine that could be aimed and operated with one hand. Everyone and his uncle bought the new Sony Portapak and began trying his hand at the new medium, journalists, tourists, families with new-born offspring, and artists. Though colour was missing and the audio had to be lugged around in a big tape recorder in a shoulder-bag, Sony’s innovation of half a century ago was, in a broad sense, revolutionary and liberating.

Yet ´video´ is an ancient Latin word, from the verb ‘to see’. Thus it is apropos to recall the ancient Greek myth of Arachne, the Lydian weaver who ended up in Ovid´s poetic series Metamorphoses, one of the most renowned literary works in the Latin tongue. Ovid tells of the prideful common woman who refused to thank the goddess Minerva for her abilities and, as a punishment, was transformed into an ever-spinning spider. So compelling was Arachne´s weaving that her divine admirers had the illusion that her tapestry of the rape of Europa moved, that the bull who carried Europa on his back rushed like a spear through the Adriatic.

Thus the idea behind video technology is age-old even if the technology itself is young in years. This twofold origin in time is reflected in Sigurður Guðjónsson’s artworks in the defunct Saint Joseph’s Hospital in Hafnarfjörður and in the frame provided for them. Though the chapel there is not old, it is classical in form, built in the Romanesque style as it developed across Europe about a thousand years ago. On the floor before the choir, Sigurður projects his piece Fuser 2017, a platen that moves lengthwise over the floor, as if a mechanical rug were rolled out over another carpet with the same pattern – a guilloche, or arabesque – undeniably reminiscent of the middle ages and yet also of the standardized machine loops of modern metallurgy. Fuser 2017 is also sound art, born of its own amplified racket, a reminder that video can feed on both sound and image, if circumstances allow. Thus, for good reason, Sigurður gives this piece a title referring directly to fusion. His work Scanner 2017, in the morgue below the chapel, bears even clearer marks of the artist´s practice of time-travel between dissimilar eras. Here the moving spear – the scanner bar – which slowly passes over the light-frame, has taken on more solidity and most resembles a rod of gold casting its rays into deep darkness. In a morgue fraught with a mysterious, if sterile, atmosphere, one can´t help asking whether this phenomenon symbolizes the soul taking wing or the royal metal springing from the alchemist´s leaden dross.

Lastly, Mirror Projector 2017 makes a triad with the two works above and concludes the process with a recording of the glass plate of a common overhead projector as its mirror inches up and down, with corresponding changes in the aperture and degree of brightness. In the background, the buzz of the projector sounds. Of yore, art pertained to the church and filled its complex inner spaces, sepulchres holding saints’ bodily remains, the vault, which in Icelandic churches is still adorned with gilt stars on a blue background, and the carved pillars; the lofty cathedrals of the Middle Ages carried patterns between disparate regions of the world. Sigurður Guðjónsson’s work invokes the kind of holism that people experienced upon stepping through the doors of sacred buildings.