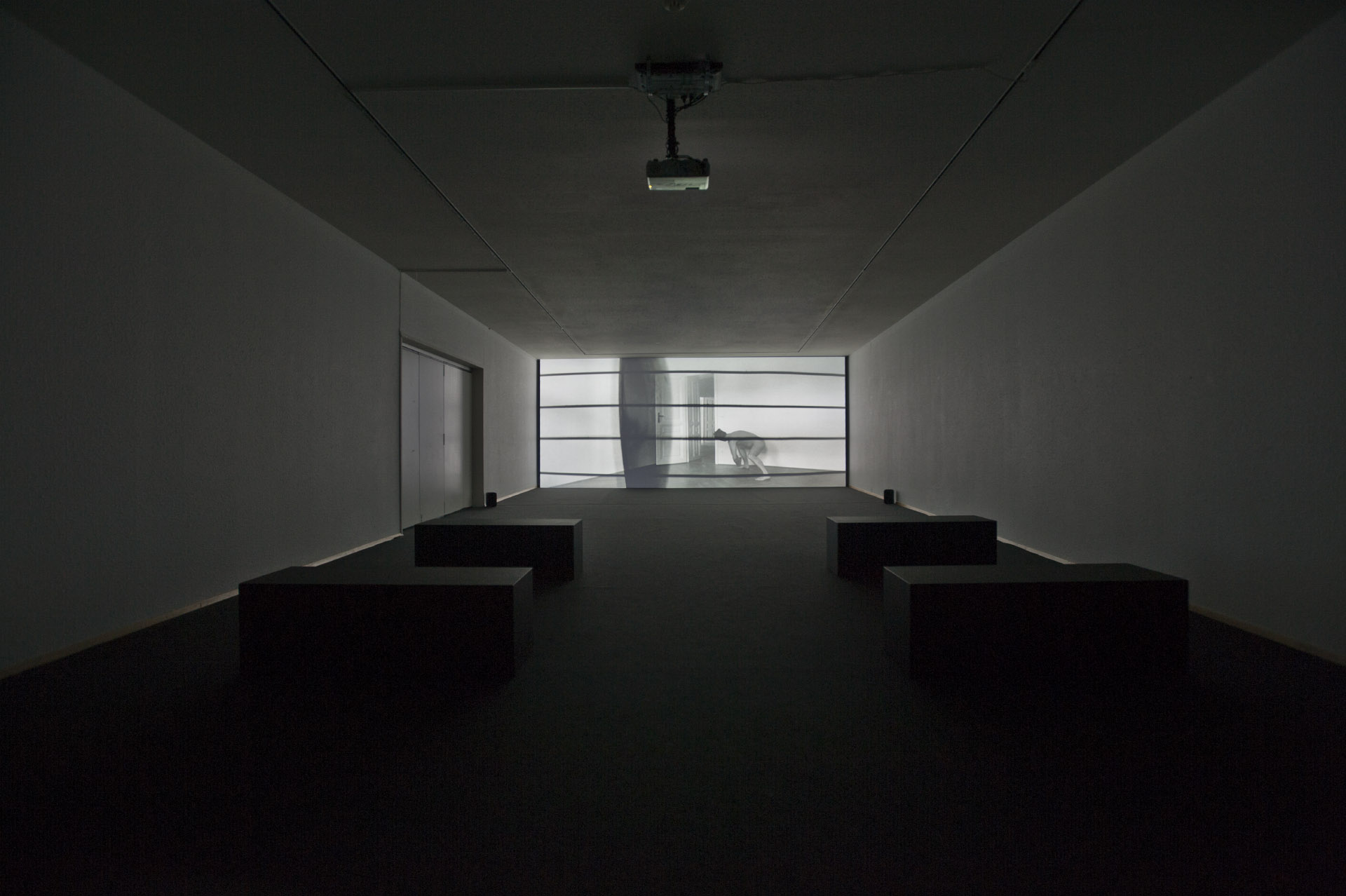 The work from Icelandic artist, Sigurdur Gudjonsson, is called Prelude. The title has to do with foreplay, a forerunner of something more to come. In a way art has no endings - only new beginnings.

Prelude was first displayed in Iceland at the beginning of 2012 and is the latest major work from the artist. Gudjonsson travels a lot in his mind but this piece is a turning point for him in a sense. It's different from his older work, which were closer to nightmares. His older work is much more from the dark side of the soul. In my mind references in art works matter, everyone is a part of some context. You are born into this world in a certain place at a certain time.

The making of this piece starts in Vienna one year ago in an empty 200 square metre apartment, owned by an art collector. The artist was invited to stay there for one month or so. He was asked if he wanted any furniture but declined. Tabula rasa or clean slate is essential for creative people who have the need to make turns. The people who dare the soul to go beyond what the eyes can see. On the other hand, if you ain't got no appetite for chaos you ain't creative. The fight between order and chaos is fundamental for creativity. It can be convenient to assign yourself an empty space in a foreign country and set up a scenario to go mad.

Here the location is inviting for something to happen. A 19th century building in classical style - full of hidden or forgotten stories. The panel floor makes sound of squeaks and screeches when you walk or move on it. That's what sparked the light for the artist – a conversation with the past.

In the foreground are six strings of steel. A stroke of dark shadow touches them. The camera is still. It substitutes the standing point of the renaissance painter. You see the world from one standing point. This was essential for the invention of the perspective. By deciding a vanishing point you make the room; the scenario for what is about to happen.

It is the beginning of a new day, nine in the morning - no artificial light, just natural morning brightness. There are no colours; something reminiscent of black & white photography from the early sixties. The nude model, in this case the artist himself, makes rhythm with rapidly changing classical poses used in anatomical drawing. Although he uses

himself as model it is not necessarily himself as a person. When the poet says "I" in poetry he is usually referring to everyone's ego. The weight of his naked body generates the squeaks and screeches from the old wooden floor against the metal sound from the steel strings and the shadow of some metal piece that seems to travel back and forth in the foreground. This creates tension, in my mind at least.

Of course there are some references. That's what art has always been about.

Ideas are contaminating like viruses. They can spread all over. They themselves are never original. They float around us and above us. Only those who do something about them and bring them into reality are doing art. Ideas never hold unless you do something about them. To be original is about the way you perform them, expose them, arrange them, assemble them, sculpt them, paint them. That is your character, that is the artist and their characters are original. That's one form of hospitality, to welcome ideas into our inner space. You host them first and then you shape the reality that is to come. But these ideas have to be true in one sense or another. Truth is beauty - beauty is truth. In my mind Sigurdur has found some truth in all his effort to seek for it.

One of the most intriguing references in Prelude are the doors. Look at the door. The door seems to be operated between some adjacent rooms. When it is open in one direction it can be closed in another. They seem to be intended to create a condition by which the room is never fully independent from the adjoining spaces. The door creates ambiguous relationships between the seen and unseen spaces of the apartment. In the distance are more doors. Substitute these rooms for rooms in your mind. It could, intentionally or not, be a reference to Marcel Duchamp's door: 11 rue Larrey. Will there be another door? Doors are all over the history of art. Locked or unlocked.

In this work Sigurdur Gudjonsson is a guest. Someone in Austria showed him hospitality. He tells us a story from his stay. Storytellings are important to make our minds travel as well. Few realise that only 150 years ago Iceland was a society of farmers who went fishing for just part of the year. No villages, no towns, no cities existed for centuries. Icelanders more or less spent their life in turf houses with wood-panel fronts. Few people travelled long distances. They spent their life in relatively small area.

During those years the role of the tramp, the vagrant or the foreign traveller was important for minds to travel. It could be in the form ofgossip from another county. It could be any kind of stories. Food for the mind to travel.

There is a word in the Icelandic language about being narrow minded and stupid. That's the word "heimskur". For Icelanders it is quite a transparent word. It literally means those who always stay at home, those who do not travel. This does not mean that you have to travel literally. Being heimskur means you can’t even travel in your mind. Without imagination or fantasy. Sometimes, especially today, people travel for miles with their mind closed. They travel holding their mother’s hand, moving from one generic Holiday Inn hotel to another, shopping in the same global trademark joints.

That’s why it is not the material that an art piece is made of that is important in determining its value. It does not really matter if it is made of expensive canvases and prestige oil colors, or marble, or gold. It can be made of anything because what counts is the ability to infuse matter with spirit. It can be made with the latest electrical hocus-pocus; it can even be made with material people have thrown away. In that way it is like the vagrant that triggered the imagination of Icelandic farmers and Pagans from the rest of the world. The true artists are the ones who move our minds and make us travel in body and spirit. Let's show them some hospitality.