Trajectories is a collaborative work between Sigurdur Gudjonsson and Anna Thorvaldsdottir, consisting of three channel video constructed by Sigurdur and music for piano & fixed electronics composed by Anna. The piece was commissioned by The Reykjavik Center for Visual Music and premiered at the festival of RCVM in January 2014. 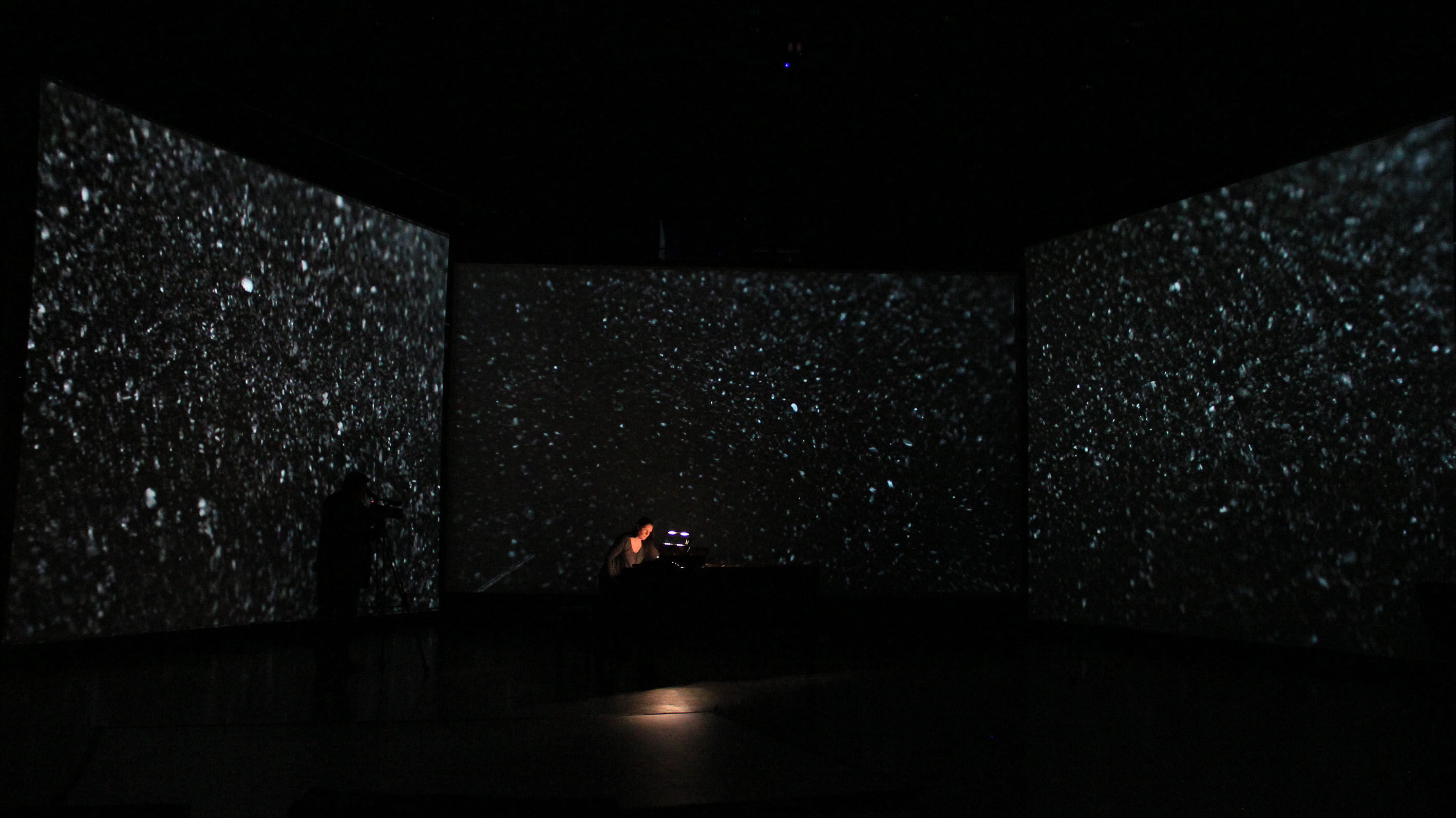